This year, SDI launched an initiative called Know Your City in partnership with the Cities Alliance and United Cities and Local Governments Africa (UCLGA). The initiative has generated a lot of attention, particularly following its launch at the World Urban Forum in Colombia. But what does it mean to Know Your City? In this, the second blog reflection from the Kampala Learning Center, I will examine this question in light of the recent launch of the Kampala Slum Profiles by the National Slum Dwellers Federation of Uganda (NSDFU) and its support NGO ACTogether Uganda.

At workshops, conferences, and seminars across Uganda and internationally, it seems there is no need for any additional effort to know anything. It seems the confident presenters with their big words, fancy Power Points, and compelling statistics already know everything that could possibly be known. I’m sure I’m not the only one intimidated by these folks. Glossy reports reemphasize how much various donors, governments, and NGOs understand about the cities in which they operate. So why, in this sea of data and information, is SDI calling for a campaign to Know Your City?

To explain, we can reflect on an observation by Walter Lippmann: “a boy can take you into the open at night and show you the stars; he might tell you no end of things about them, conceivably all that an astronomer could teach. But until and unless he feels the vast indifference of the universe to his own fate, and has placed himself in the perspective of cold and illimitable space, he has not looked maturely at the heavens. Until he has felt this, and unless he can endure this, he remains a child, and in his childishness, he will resent the heavens when they are not accommodating. He will demand sunshine when he wishes to play, and rain when the ground is dry, and he will look upon storms as anger directed at him, and the thunder as a personal threat.”

It appears that, despite there being no shortage of people who can teach us about “stars”, many still predict we are destined to be a Planet of Slums. It seems that informality, unless felt, will continue to be resented by city authorities for not cooperating with the fantasized growth and modernization of our cities. The Know Your City initiative aims to bridge this gap between information and knowledge and set a path toward collective wisdom as the foundation for greater inclusivity and creativity in urban development. It envisions data and information becoming part of the collective discussion, moving out of the reports, databases and Power Points of professionals and into the every day discussion and reflection of communities and local governments.

In Uganda, the NSDFU began city-wide profiling in 2009 as part of the Cities Alliance-funded Transforming Settlements of the Urban Poor in Uganda (TSUPU) program. Five secondary cities were profiled, catalyzing a new era of community organization in Uganda. Not only had such data never been collected on slum settlements before, but also the nature of data collection methods was such that knowledge was produced collectively and in real time by the urban poor and local government as they gathered and interpreted the information for themselves.  This year, with support from Comic Relief and SDI, the NSDFU took on the challenge of profiling and mapping the capital, Kampala. As is the case with profiling throughout the SDI network, the federation in Kampala first mobilized to identify all the slum settlements in the city (62 were identified at first) and then formulated and administered a questionnaire on topics ranging from demographics to land tenure to service access, etc.  In addition the federation members are trained to use GPS devices to map the boundaries of their settlements. 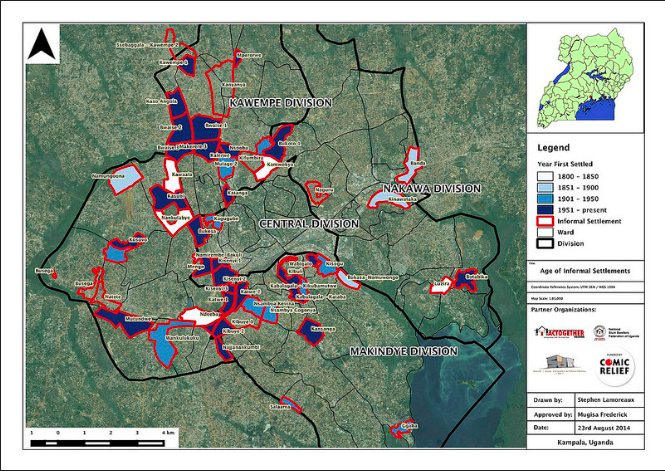 The first step in the conversion of data to information takes place at the settlement level where the federation and its partners reflect upon and verify settlement profile information in community meetings. It is here that the data begins to serve as a reference point for community thinking and planning. The next step is for the support NGO to assist with the compilation of profile reports and maps using satellite imagery for refined aggregation and presentation to a wider audience. An example of the information presented is shown below. 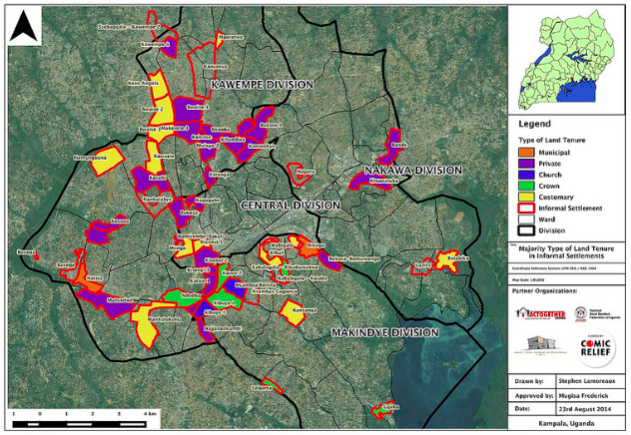 In September, the profile reports were officially launched and handed over to the KCCA at the launch of the Kampala City Forum – another initiative of the federation in partnership with Kampala Capital City Authority (KCCA).  Municipal forums were also piloted under the TSUPU project and the federation championed their expansion to Kampala and an additional 9 municipalities this year. In order to build collective wisdom this sharing of information is essential. As the federation always says, “Information is Power” and in the first ever Kampala City Forum this month it was clear that the urban poor wield tremendous power as a result of this knowledge generation. The reports were presented by the federation to a representative of the Executive Director, to the Director of Gender, Community Services and Production and to the mayors and town clerks of each of Kampala’ five divisions. 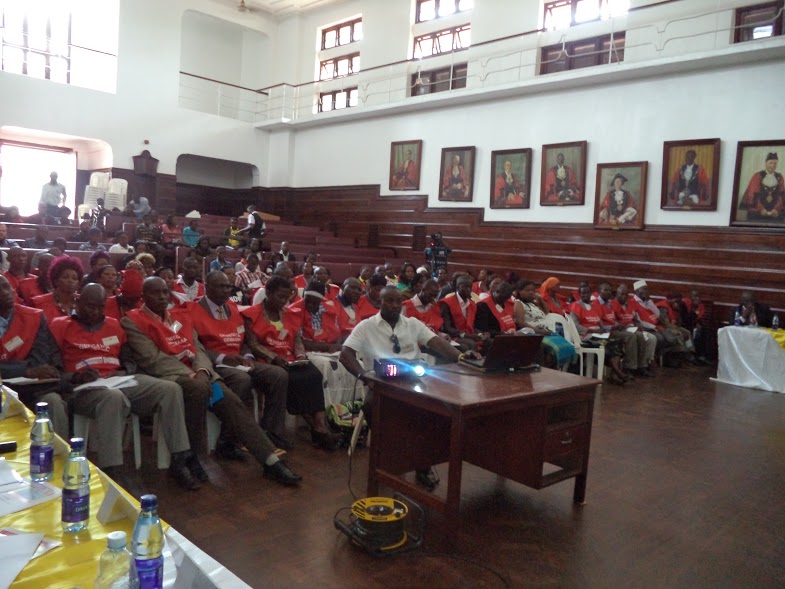 The forum moderator, renowned Ugandan journalist and political commentator, Tony Owana remarked that, “The time for nonsense as a source of popularity is over.” This comment, a clear indictment of much government politicking, was also a call to action for the urban poor: you have this information, this knowledge, now demand more from your city.

And indeed, this is the essence of the Know Your City initiative. City-wide profiling is about much more than gathering data and information on cities. This is in and of itself extremely valuable, but it is not enough for transformative change. To Know Your City means taking that data and information and creating knowledge in communities of the urban poor, in the halls of city council, and in the donor community. Only then can we create the collective wisdom required to appreciate that the storms and thunder of informality are not merely a threat to our play.  As Benjamin Franklin once said, “An investment in knowledge pays the best interest” and SDI is banking on the Know Your City initiative reaping large dividends for the residents of developing cities.

One Response to “Reflections from the Kampala Learning Centre: What does it mean to know your city?”